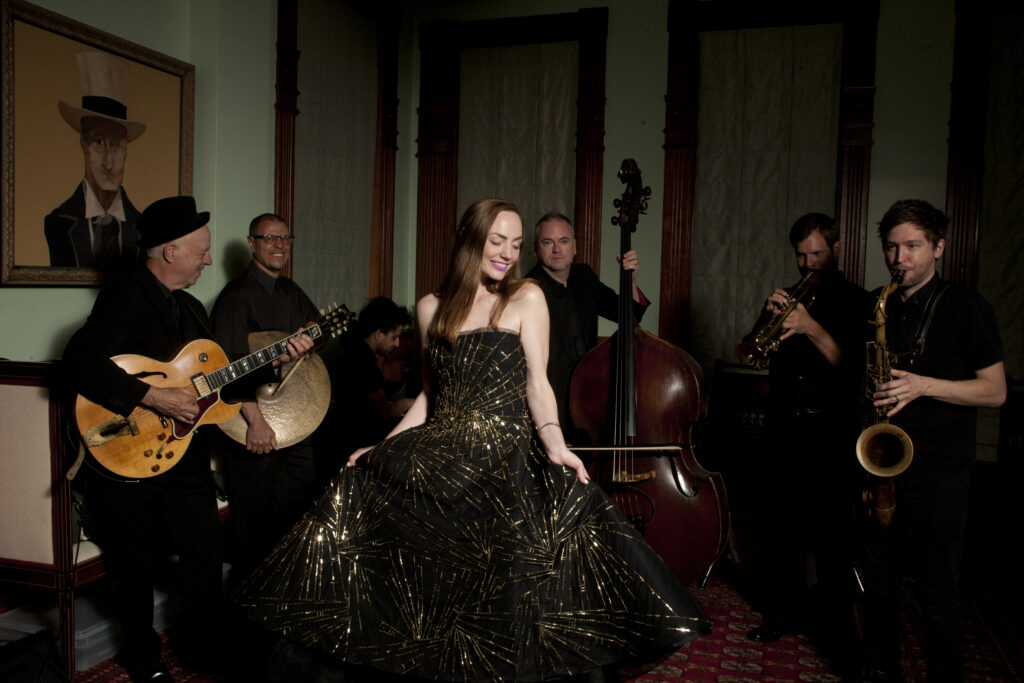 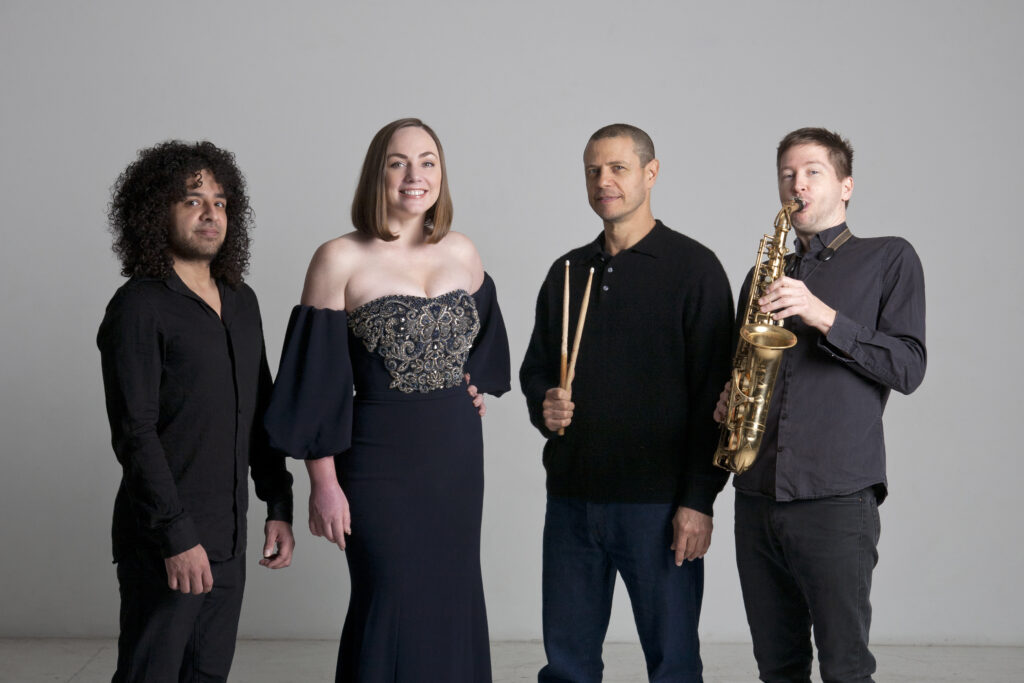 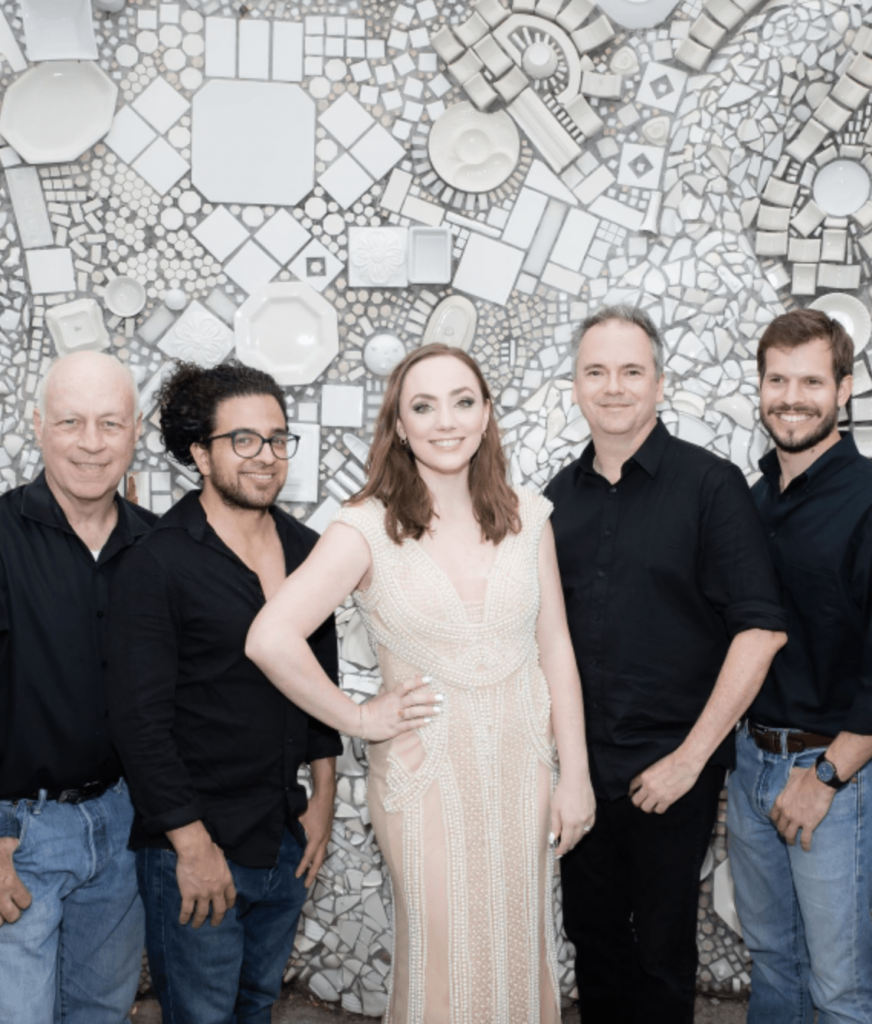 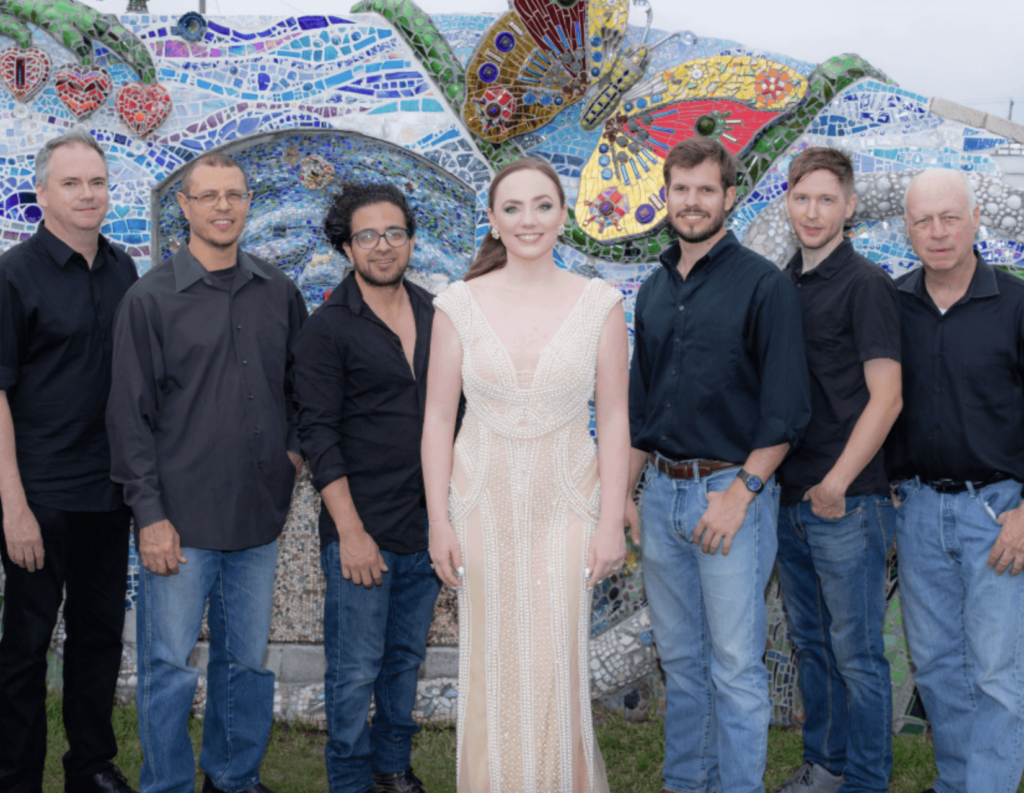 We are a jazz band, comprised of vocal, piano, upright bass, guitar, drums, and a horns section – saxophone and trumpet – we also have pedal steel available upon request. We play the great standards and adore coming up with just the right style and tempo for each classic tune. We’d love to perform for your personal or corporate events, festival inquiries welcomed.

Ourselves and our musical friends can even give you, your kids, your friends, their kids, lessons with various live local talented Houston musicians. We can fill all your musical needs, just ask! 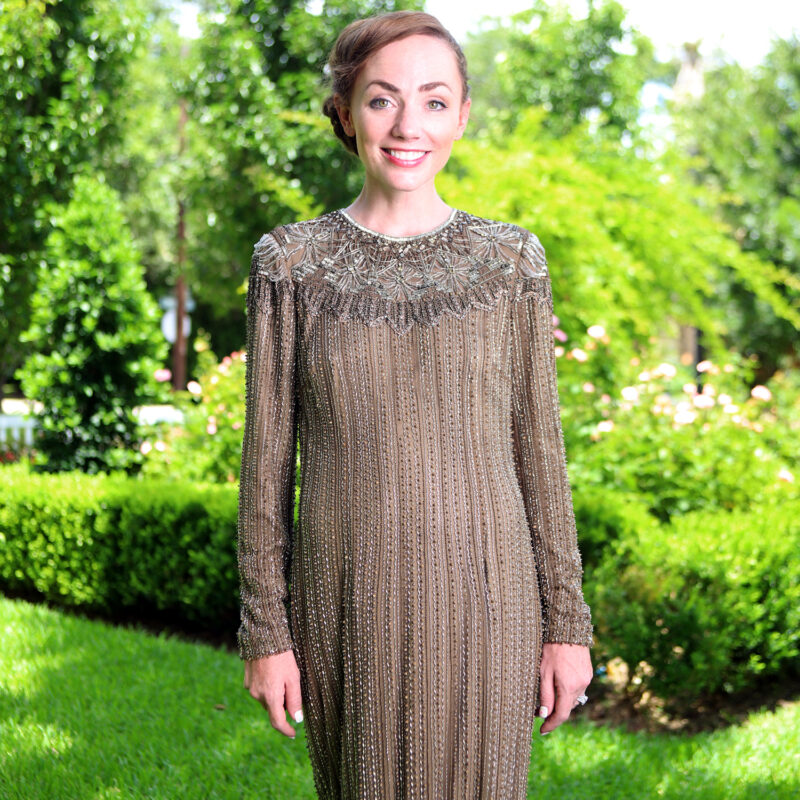 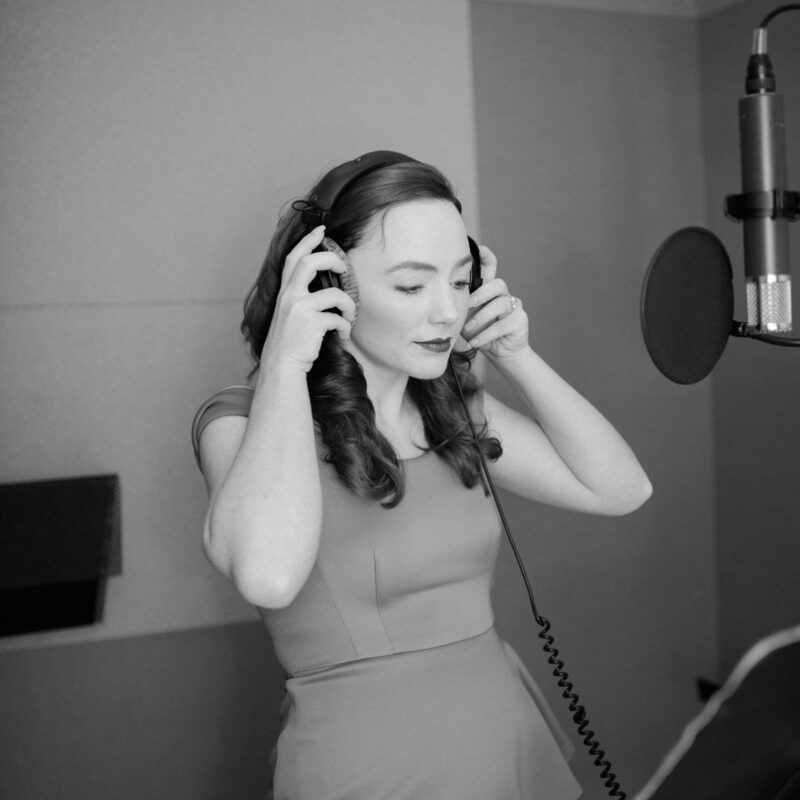 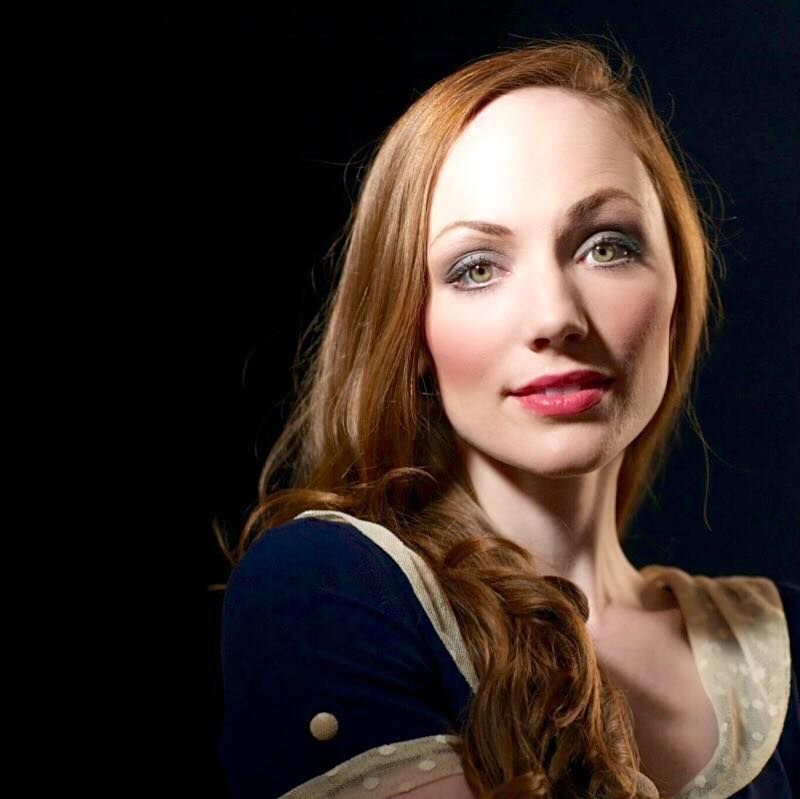 Born in Manhattan, Julia Robinson has been singing jazz since she was young, learning all the great standards and working with a teacher who showed her the ins and outs of the jazz world, Mrs. Ann Gilbert Ostrow. She has training from St. John’s, HSPVA, Marymount Manhattan Conservatory, University of Houston, and various teachers in the Arts world. She’s worked with various theatres her whole life and has one Broadway tour in her performance history as well as participation in Ann Reinking’s Broadway Theatre Project. Julia obtained her Bachelor of Arts in Liberal Studies with 3 minors: English Literature, Human Food Studies & Nutrition, and Interdisciplinary Art of Theatre and Dance with 2+ years training in the BFA Acting program at University of Houston. She follows in the footsteps of the greats such as Billie and Ella, getting great enjoyment out of improvisation and making things her own. Julia has sung in duos, trios, and on, even big bands. She’s played in home concerts, businesses, large venue concerts, and more. She worked with jazz musicians at the High School for the Performing and Visual Arts and was recognized by Young Arts Voice her senior year. She has been working with Jeremy Nuncio, her pianist, for over eight years, composing and creating together. Mrs. Robinson personally booked the musicians in her band and seeking a full sound with horns she found eight fantastic musicians who work well together. She adores Julia & The Standards and expects to see great growth over the next few years. Please check out their website juliaandthestandards.com and like Julia & The Standards on Facebook and Instagram. Her interests include extensive yoga training, writing, music composition, sewing, teaching, and spending time with her husband and three children!

Jeremy Nuncio is an active jazz/contemporary keyboardist and composer in the Houston area. His influence stems from the modern jazz giants like Keith Jarrett and Chick Corea. He studied with New York based jazz pianist Robert Boston and Woody Witt while at the Moores School of Music. During his time with the Moores School Jazz Orchestra he shared the stage with Michael Brecker, Randy Brecker, Avashai Cohen, Charlie McBride and more. Jeremy is co-writer for Julia & The Standards. 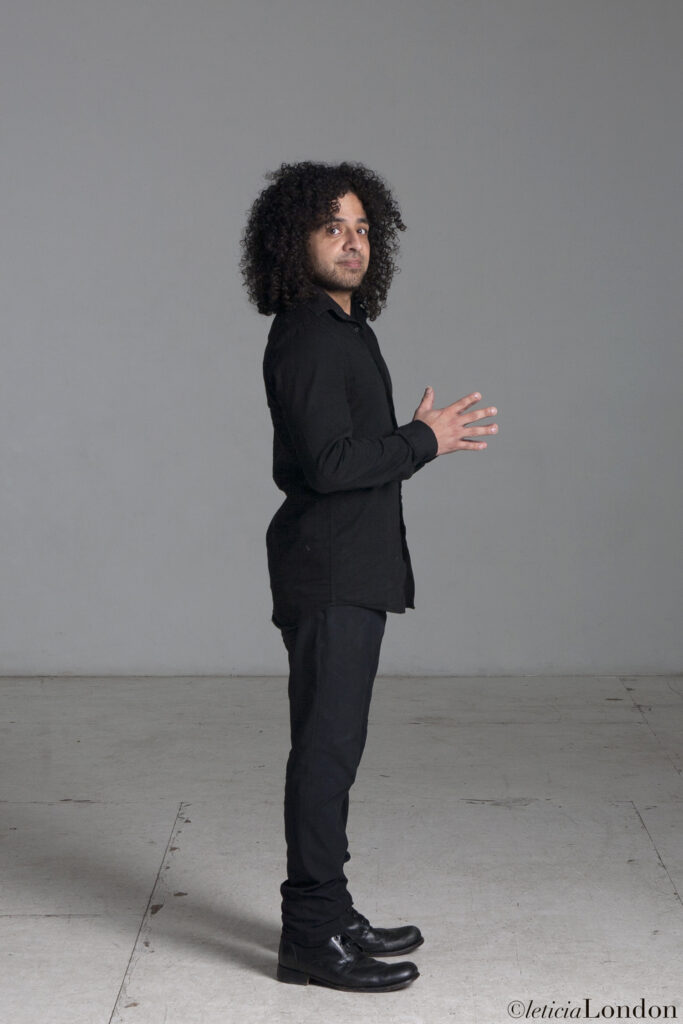 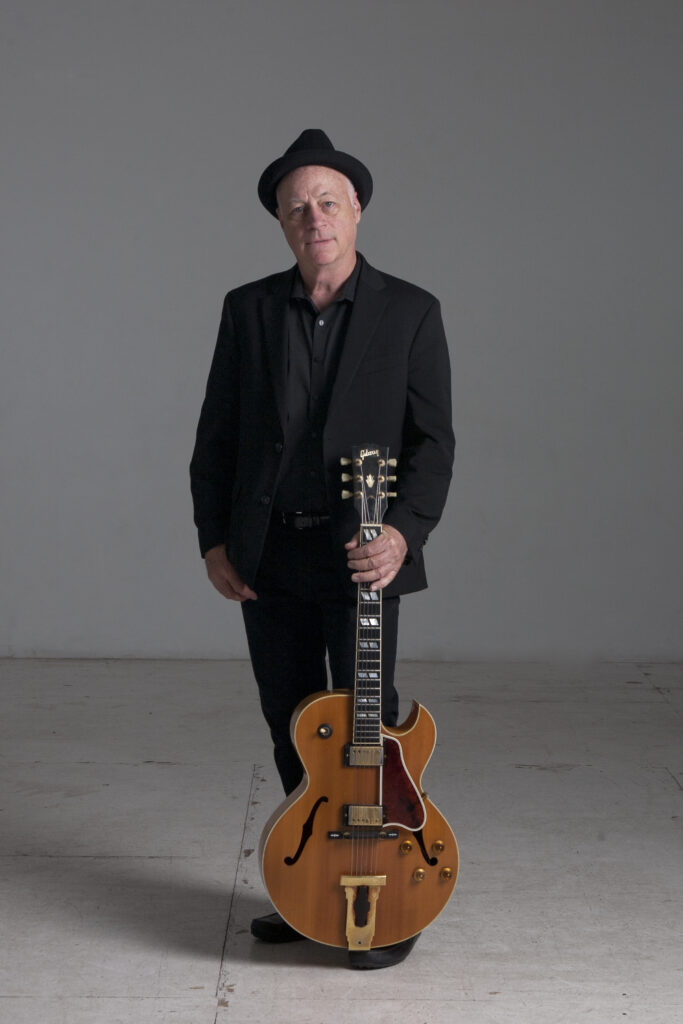 Paul Chester was born on March 16, 1955 in Witchita Falls, Texas. He attended Lanier High school in Austin, Texas where he developed a strong interest in the guitar. He attended the University of Texas and Abilene Christian university with a focus on music. While attending Abilene Christian University he play is a school band called “The Hilltoppers” that toured Korea and Okinawa for the Department of Defense in 1975. From 1977 to 1980 he toured California, Oregon and Washington state playing in nightclubs. Paul movesd to Houston Texas in 1981 and began playing in a big band and playing Broadway shows. In 1983 he joined the jazz fusion group “Stratus”. They recorded 4 CD’s available on iTunes. Paul currently plays for Second Baptist church, Brennan’s restaurant, Theatre under the Stars and The Houston Symphony. 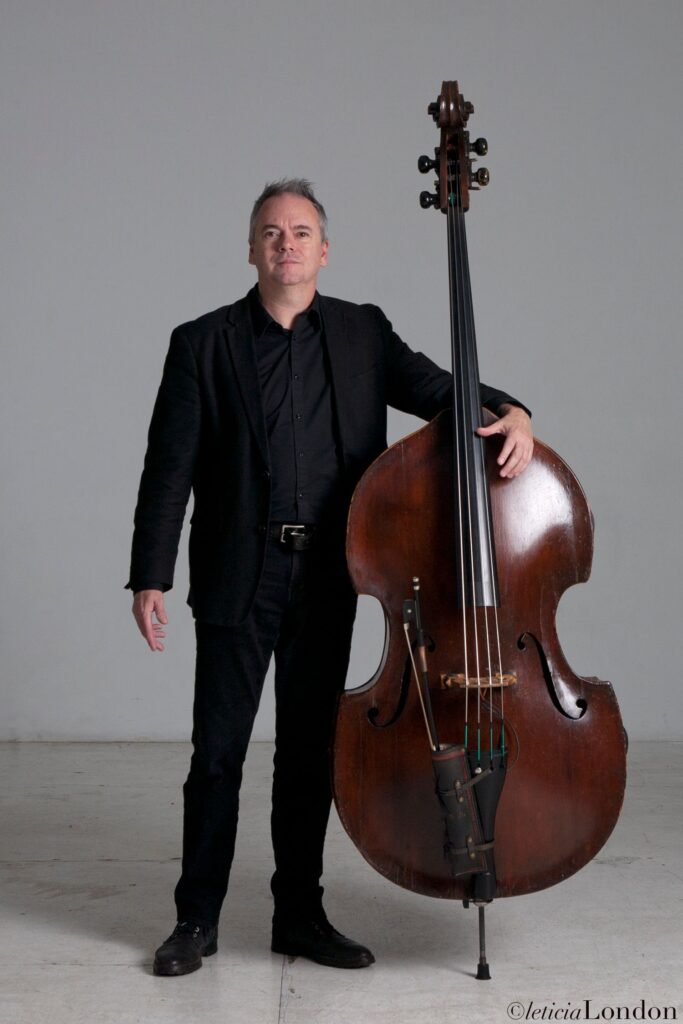 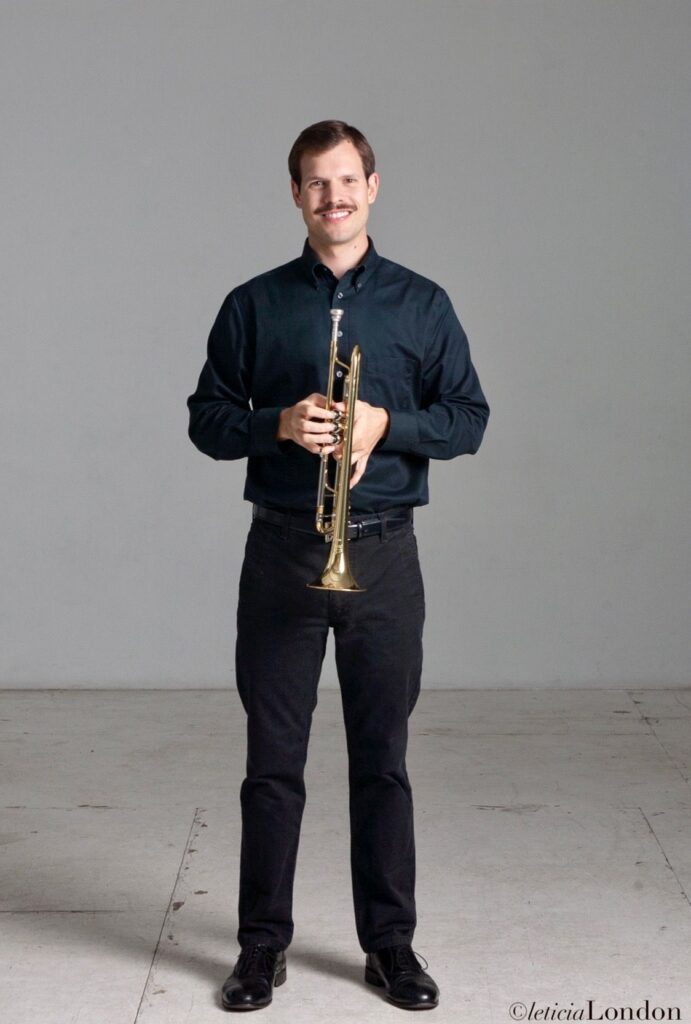 Russell Haehl is a professional trumpet player and private lesson teacher from Houston, TX. After completing his Masters of Music at University of Houston’s Moores School of Music in 2015, he began teaching and playing full-time in the Houston area. Along with jazz band Julia & The Standards, he is Artistic Director and first trumpet in the Houston Brass Quintet. Among others, he has played alongside Dennis Dotson, Paul English, George Chase, Theresa Hanebury, and Thomas Hulten.

Cory Wilson is from Houston, TX and began playing saxophone at age 13. He graduated from the High School for the Performing and Visual Arts and North Texas University. He was a founding member of the Suffers, a Houston soul band that performed on the late shows of David Letterman, Jimmy Kimmel, and Trevor Noah, as well as touring worldwide. He currently plays as a free-lance musician in Houston with a focus on jazz and improvisation. Cory has been the saxophonist for Julia & The Standards for 2 years, is Horn leader, and arranges some tunes for them as well. 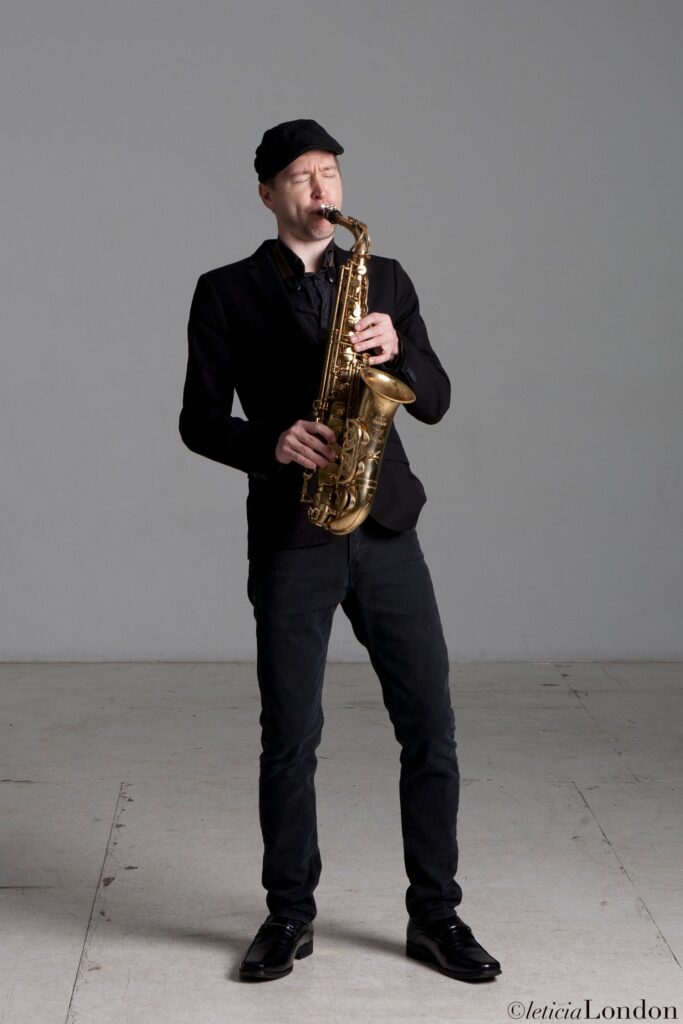 Richard Cholakian has been playing professionally since ’93. His music education includes training at Houston Community College and the University of Houston. He plays a variety of styles: jazz, blues, pop, latin, etc. Richard has worked with many band leaders including Dave Caceres, David Craig, Milton Hopkins, Royal Dukes, and many more. He has performed locally and has toured overseas, including year-long stints on cruise ships. He performed in the show band for Dolphin, Discovery, and Princess Cruise lines throughout the Caribbean. His most memorable tour was throughout western Europe with Diunna Greenleaf. He enjoys playing with Julia & The Standards and has been their drummer for two years.